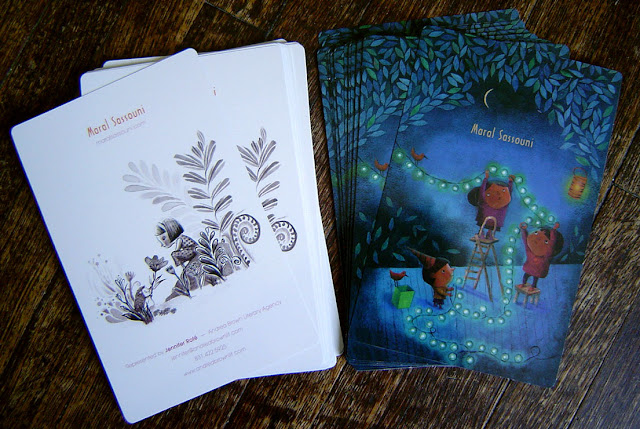 The answer is I've been hard at work! Above are my new postcards (created with my agents, ABLA). They're designed and printed in time for the SCBWI conference (aka #LA15scbwi), which kicks off tomorrow morning bright and early. It takes a good bit of preparation — new portfolio art, new postcards, new dummies or manuscripts.  New shoes!

Some people begin to prepare months in advance, but I couldn't. I have another project on the go, also demanding my 1000% attention. I'm working on my picture book for Nord Süd (North South Books): getting to know the characters ... 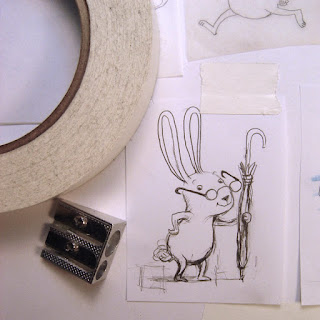 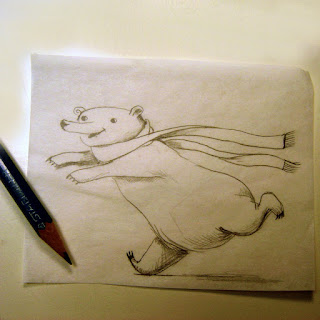 and playing around with the hero... 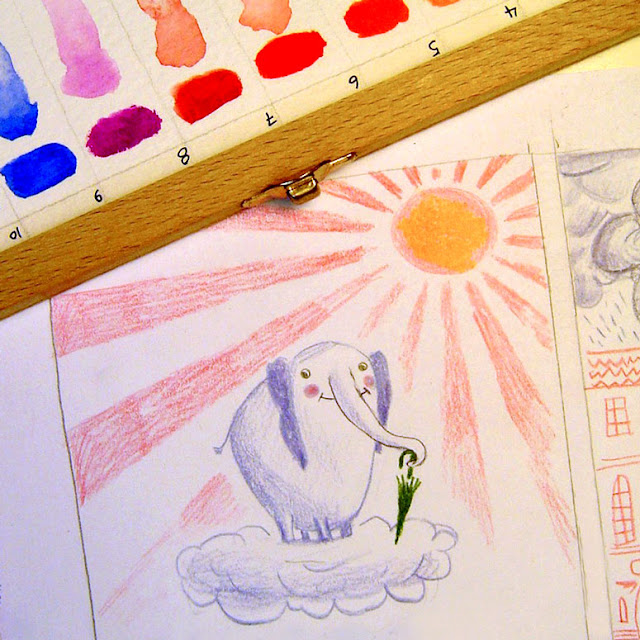 ...with his eponymous green umbrella… 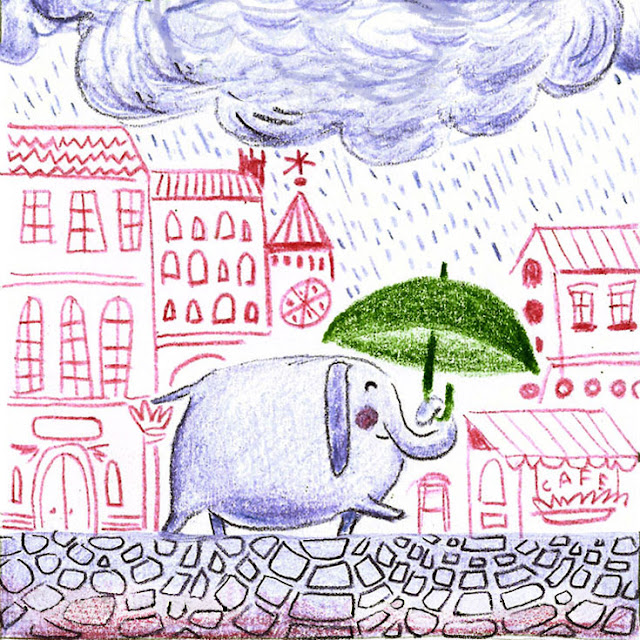 And above all, trying to get the visual narrative to work: 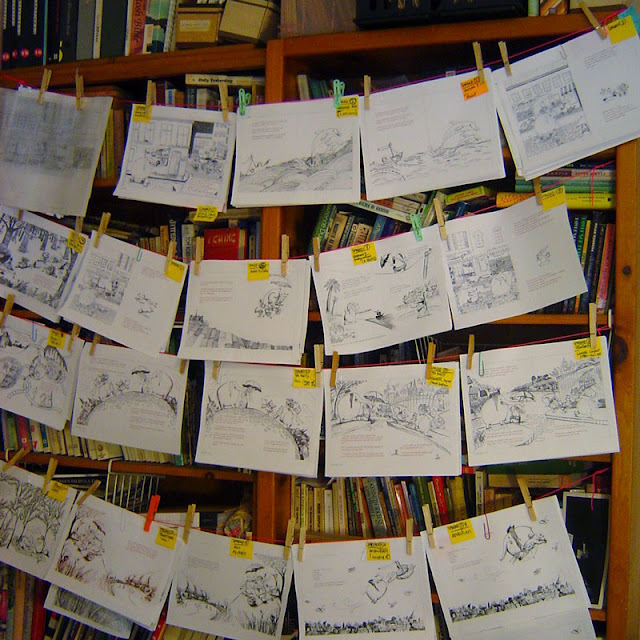 Here is the famous storyboard clothesline, with earlier versions of many of the spreads. Of course, by the time the book gets into print there will be more changes, revisions and endless effing tweaks.

So that's where I have been lately. This blog will probably stay quiet for a little while longer, but nowadays I can also be found on Instagram and even tweeting on Twitter. 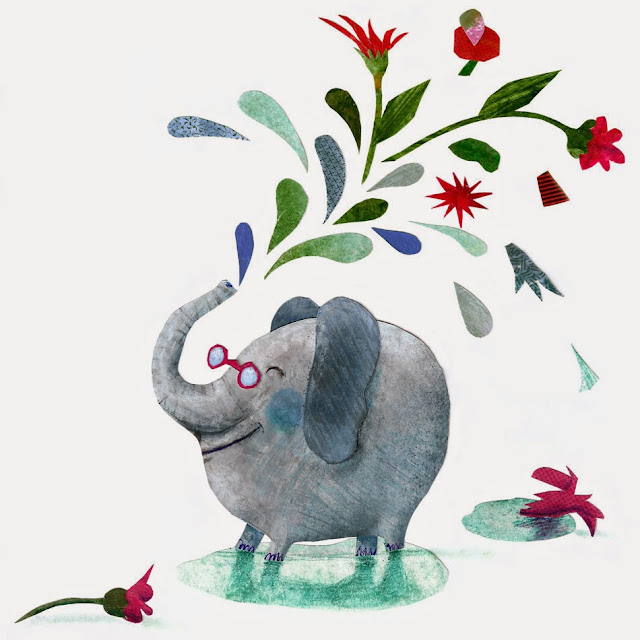 I can finally announce that I've been at work on a new picture book! It will be published by NordSüd Verlag, the wonderful Swiss publishing house (Lisbeth Zwerger, Oliver Jeffers and Natascha Rosenberg are amongst the artists who regularly work for them).  North South Books (their American imprint) will also publish it— so it will be available in both English and German! Simultaneously!!
Publishers Weekly Childrens Bookshelf announced the news last week—

Though the announcement says that I'm unagented (I did negotiate this deal on my own), I am now being represented by the fabulous literary agent, Jen Rofé (of ABLA— Andrea Brown Literary Agency). They represent so many wonderful writers and artists in the realm of children's literature… I'm pleased as punch to be among them… 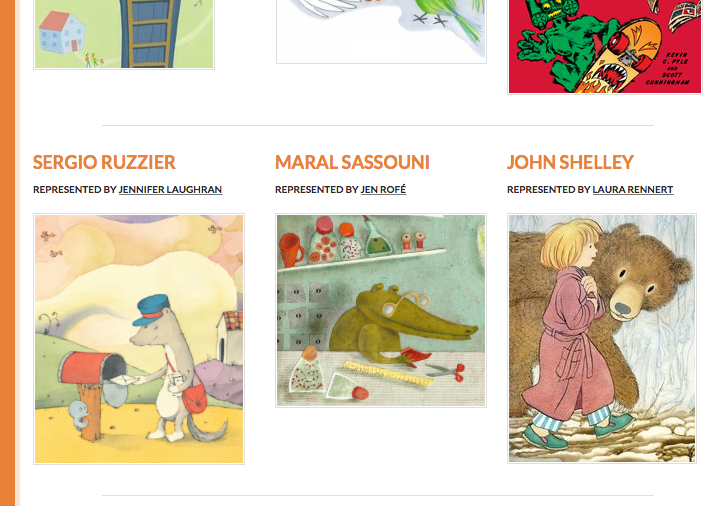 So if I am more quiet than usual on this blog, it is because somebody or other is cracking the whip and I am galloping full speed to keep up! 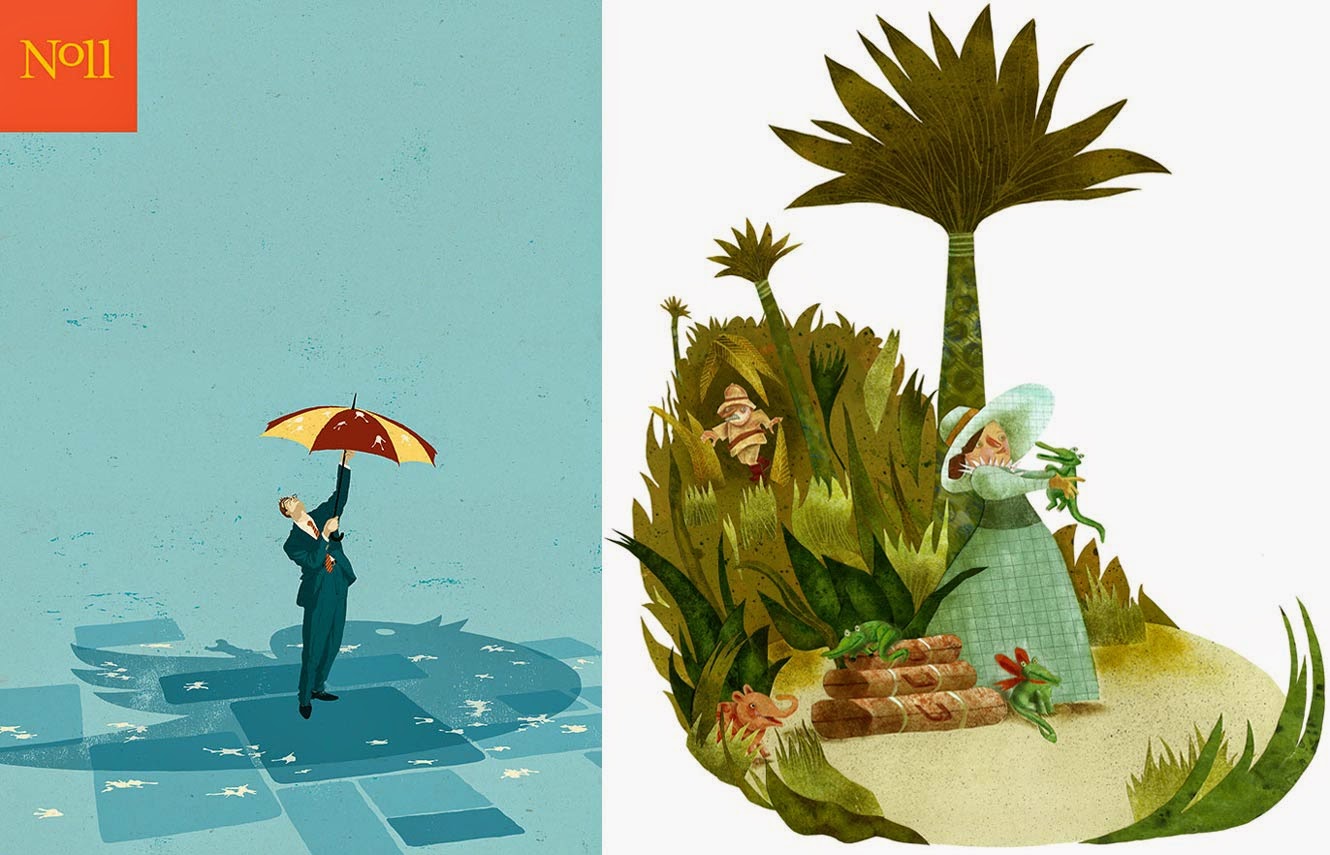 Yay, the new 3x3 annual is finally out! It is now available as a printed book and as a pdf, and will soon be released as an iPad app, as well.

My illustration (above) got an honorable mention —it is from No Crocodiles in Town.  To see all the winning illustrations online, go to 3x3 then click on the Online Annual No.11 button. It includes work for the Picture Book Show, as well as the Professional Show and the Student/Newcomer entries.  So many fantastic illustrators from all over the world!

PS. Here are some interesting places to click—
Russian books for children
Valerio Vidali has refreshed his website
Annika Oyrabo
Posted by M. at 2/11/2015 11:05:00 PM No comments:

Email ThisBlogThis!Share to TwitterShare to FacebookShare to Pinterest
Labels: 3x3, crocodile, honors and prizes, illustration, No Crocodiles in Town 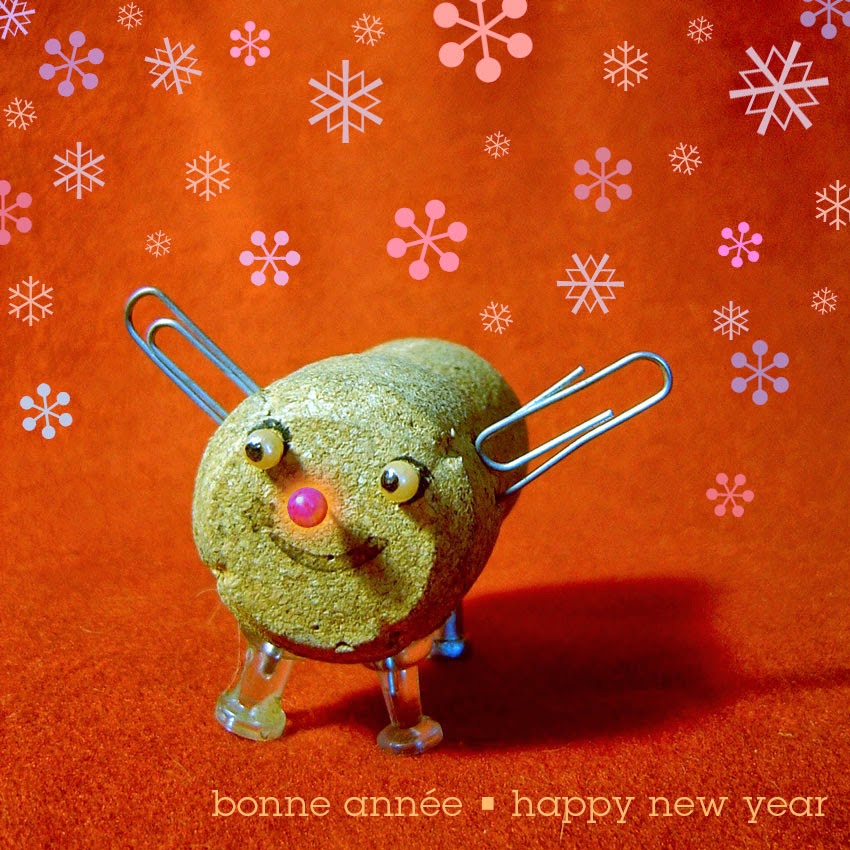 Happy 2015… wishing you an inventive and effervescent new year, full of reasons to celebrate the whole year through. Champagne's on me! 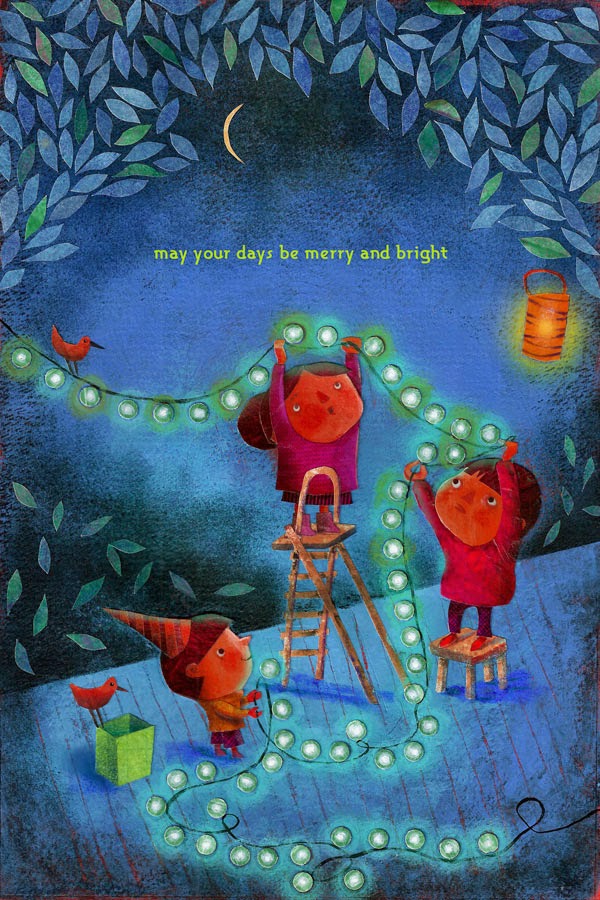 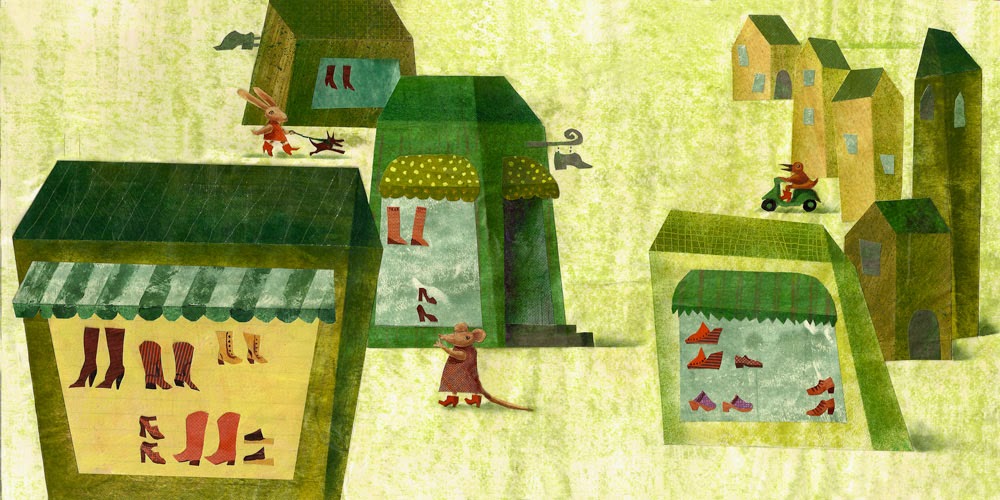 My crocodiles have been getting around lately... they travel much more than I do! This time they were spotted in Mexico City, at the Museo Franz Mayer (home of the largest collection of decorative arts in all of Latin America!).  I am thrilled to bits... 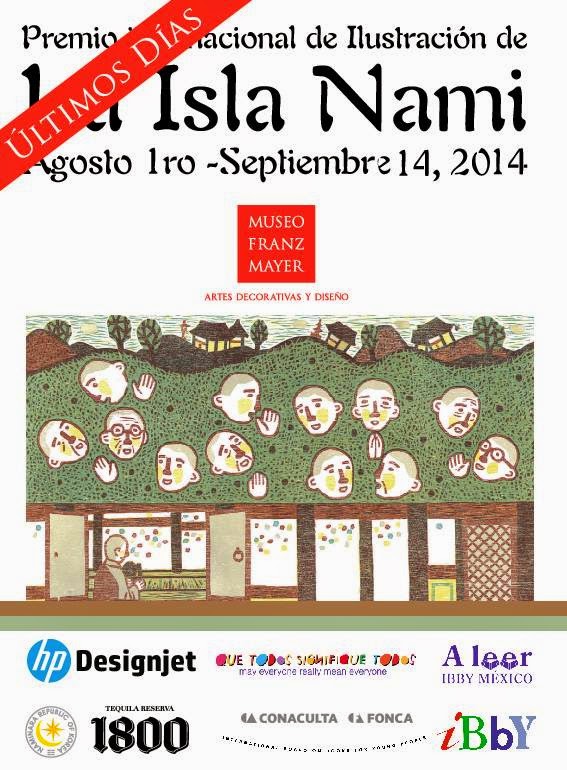 As you can see by the poster, it was an exhibit of the winning artwork from the Nami Island Illustration Concours (where Crocodile Shoes won an honorable mention in 2013, as you may recall). Nami Island, the sponsor of the Andersen Awards, holds this competition every two years. There is an annual and an exhibit which first opens in Korea, then goes on tour around the world — ending up wherever the IBBY Congress is held, I think.

As you can also see by the poster, the exhibit closed over a month ago. But for those of us who didn't get a chance to catch it, here are a few items to give a sense of it.

First,  some photos from the gallery: 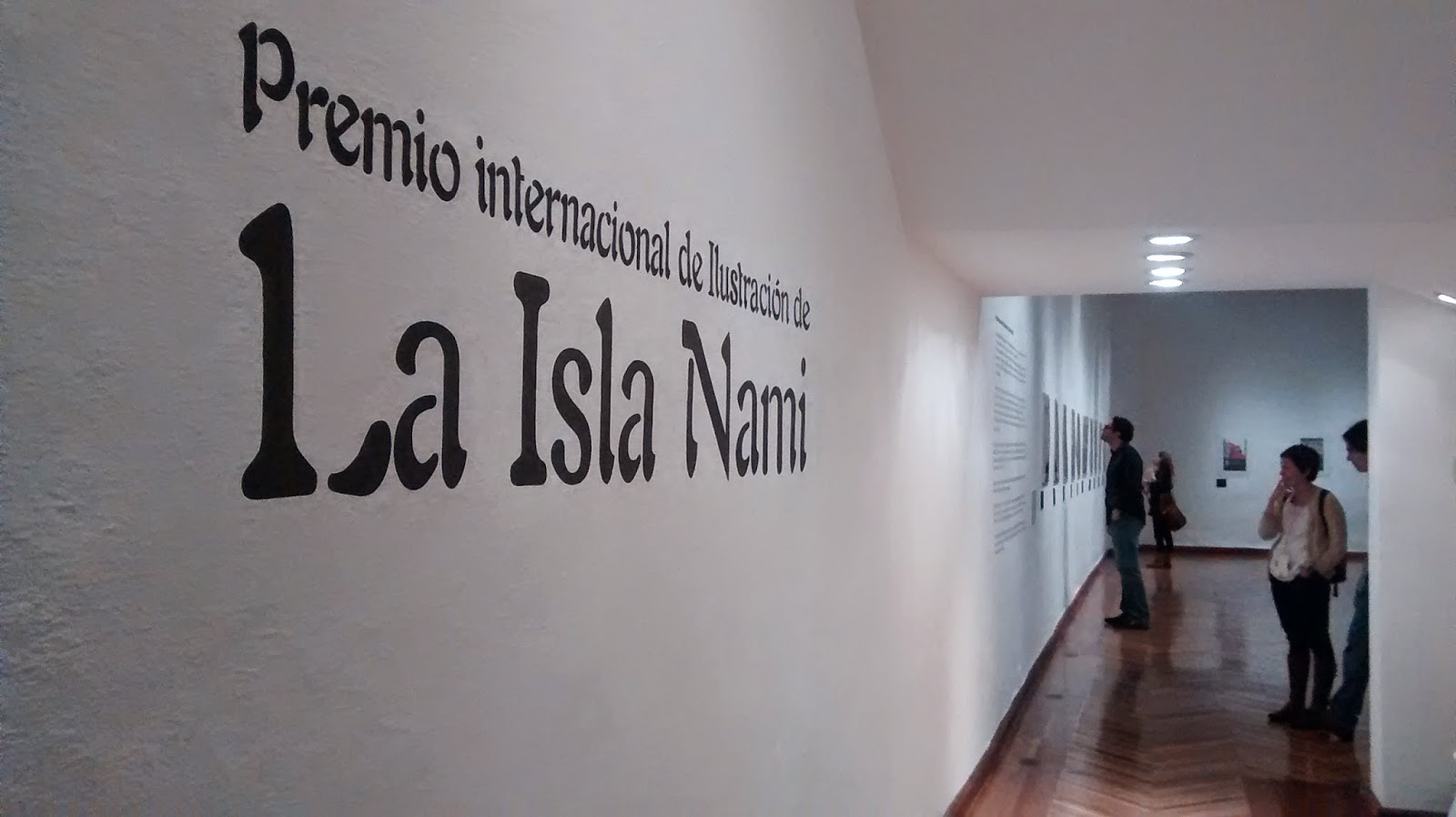 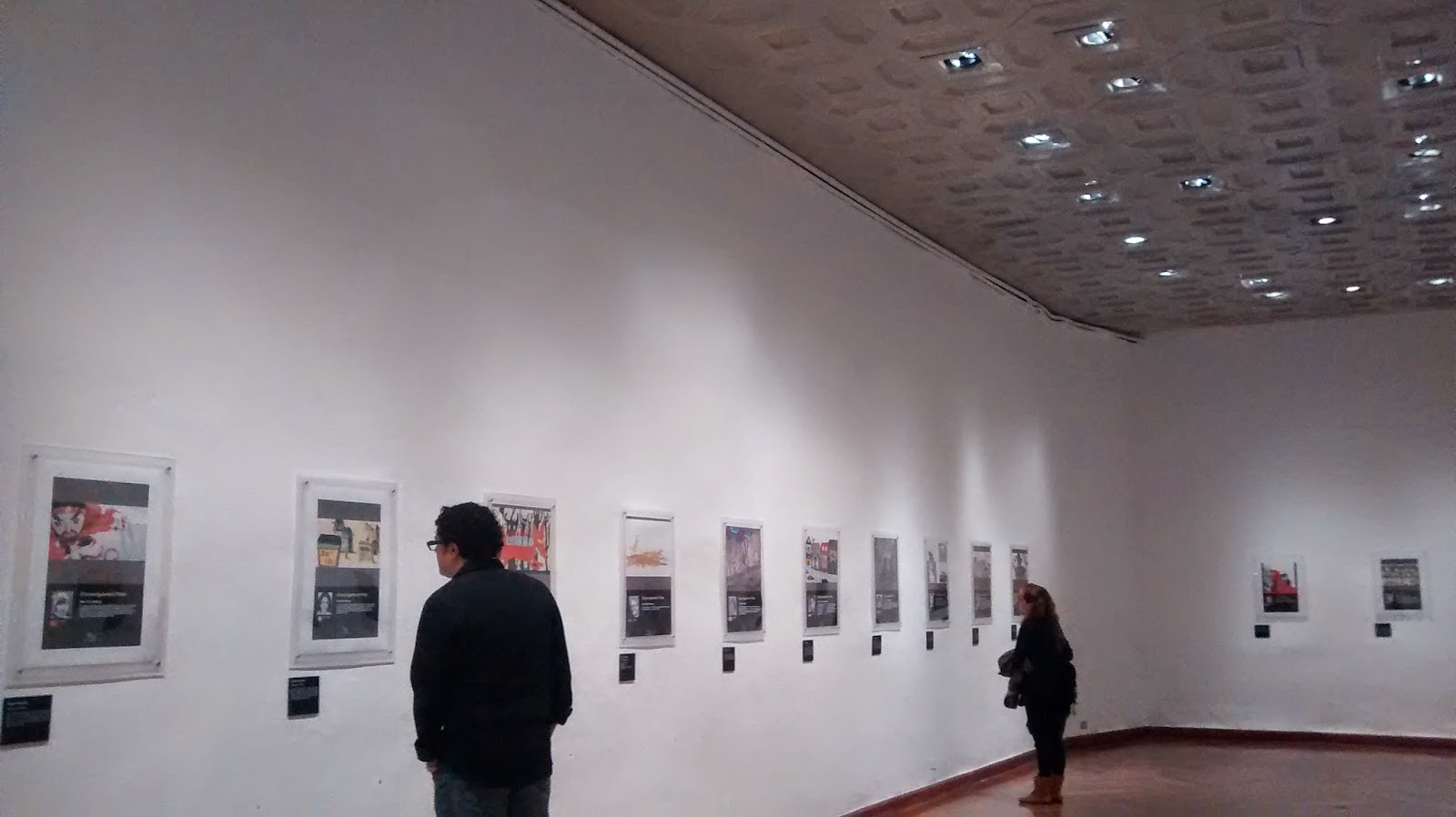 The museum also hosted another children's illustration show at the same time,  Dibujando El Mundo.
It featured many of my illustration heroes — Kveta Pacovska, Shaun Tan, Sara Fanelli, Javier Zabala, Isol and many others.

Between the museum's lovely ambience and the art on display, I really wish I could have been there!

Both of the illustration shows were timed to coincide with the IBBY Congress — a bi-annual shindig bringing together all kinds of people from the world of children's books. It's held in countries all over the world, a different one each time.  I would so love to go one day! (The next one's in New Zealand, in 2016... plenty of time to save up!)

IBBY (the International Board on Books for Young Readers) is a fantastic organization — an NGO, in fact, with official status in UNICEF and UNESCO. With chapters in 72 countries worldwide, IBBY plays a role in policy-making regarding children's books, as well as recognizing and awarding excellence, playing a crucial part in the Bologna Children's Book Fair since its inception. 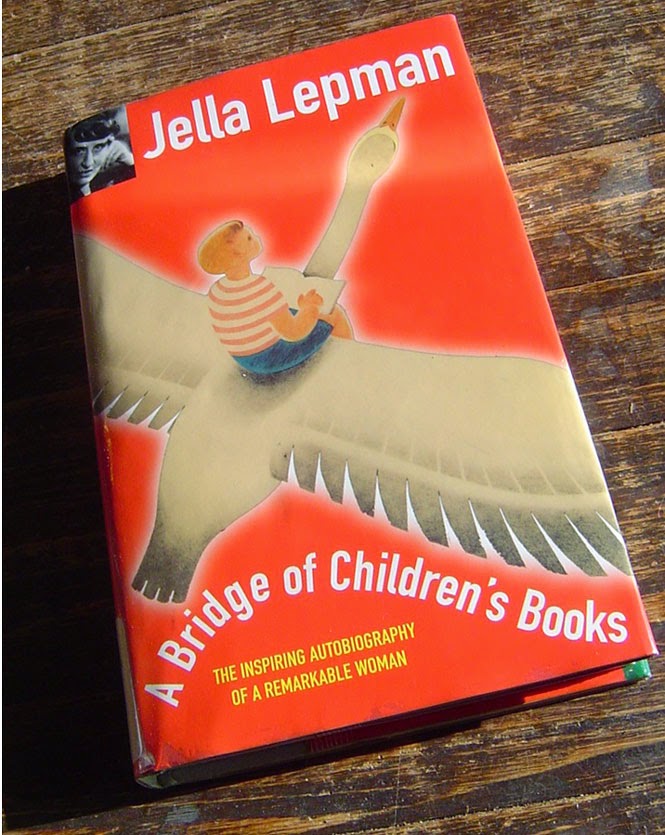 I've been reading this book about Jella Lepman — the gutsy, outspoken, imaginative woman who founded both IBBY and the International Youth Library in Munich, a wonderful place from the sounds of it.

A Bridge of Children's Books well worth a read.  At the request of the American government, she returned to her native Germany after having fled the Nazis nine years previously. Arriving in 1945 just after the shooting had stopped, the grim rubble of postwar Europe she describes (not unlike The Third Man) is where she did her work of helping children starved for stories and hope. What she started is still thriving today! You can read more about that here, if you can't find the book...

Lastly, this year's Nami Concours is in progress— here's the shortlist of illustrators for the final round. So happy to see friends and acquaintances included here... well done, everybody!

PS. A shout out to Ana Aranda who took the photos in Mexico City — she's a wonderful illustrator I met at the SCBWI Conference, where she won the Mentorship Award for her excellent portfolio.  Merci, Ana!!
Posted by M. at 11/10/2014 11:02:00 AM No comments:

Summer officially ended a few days ago, and I for one am glad to see it go.  There is only so much sweltering and sweating I can stand. Hello autumn, my favorite season! Doesn't it always feels like a new year starts with the autumnal equinox?

But still, I'll be sad to see the end of jacaranda season. In the part of southern California that I find myself in, the streets are lined with jacaranda trees which bloom with glorious purple blossoms from April to September-ish. And over the last few months I've photographing them...
The fallen blossoms have been my playthings over the summer months, too — 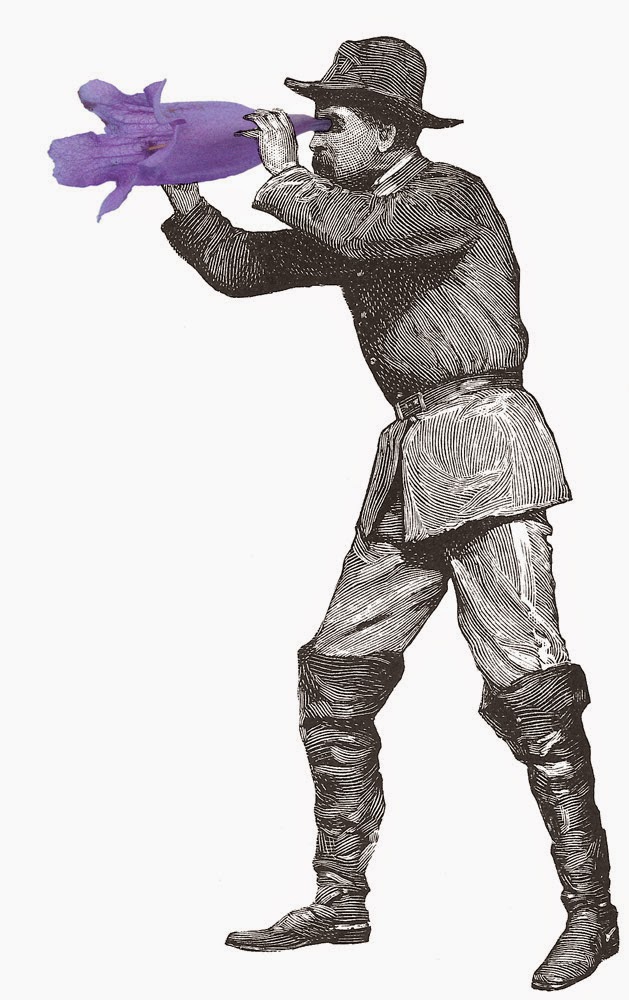 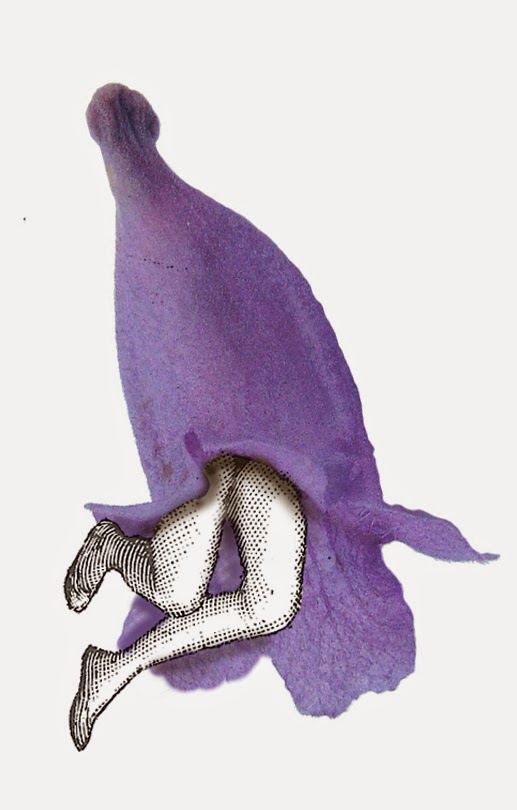 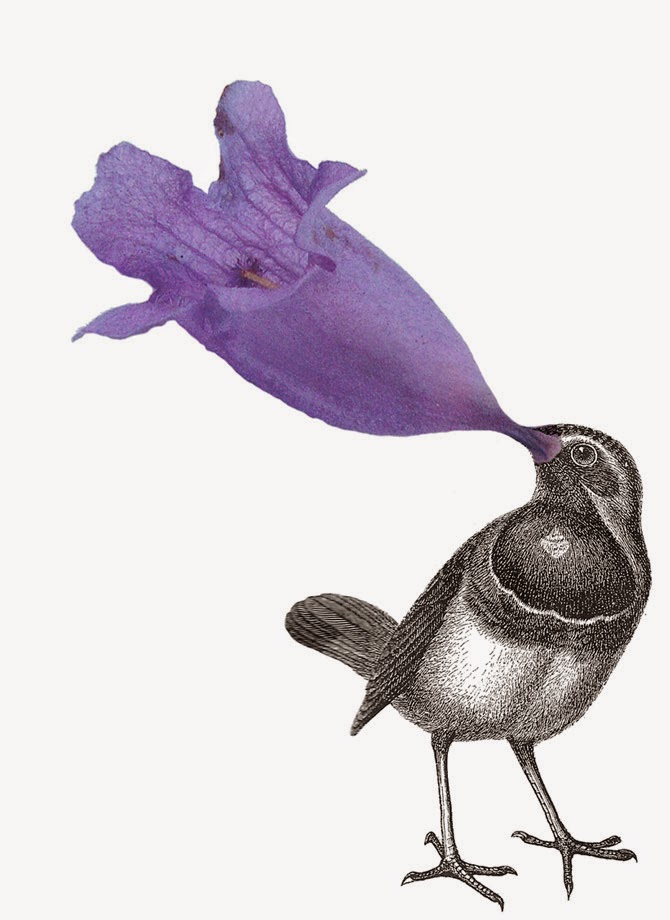 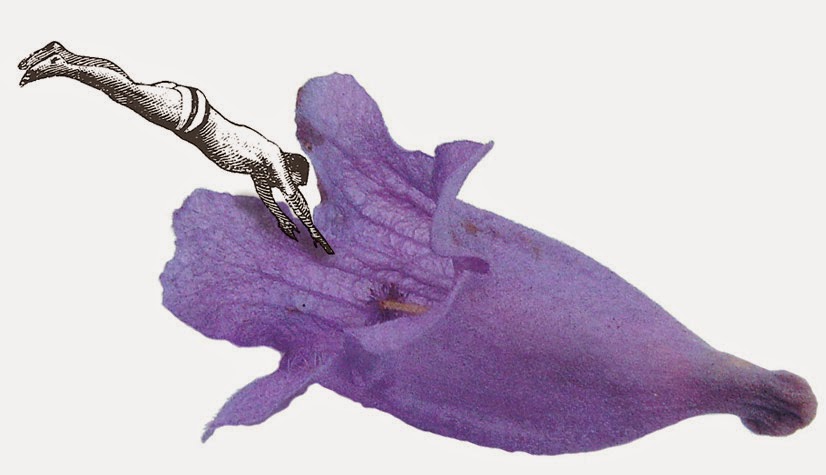 And with that, I am ready to dive into autumn— bring on the woolens and the pumpkin pie! I'm buckling down for new work, so stay tuned!

M.
Hello, I'm M. I am an illustrator, doodler and observer. In my daily wanderings, I keep my eyes peeled for incongruities and curiosities: the overlooked, forgotten, ambiguous, or simply comic objects, all with stories to tell. Some will end up, inevitably, on this blog!

KIDS ARE DOING IT